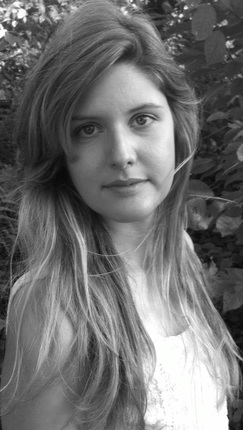 Anna Noyes is the author of the debut story collection, Goodnight, Beautiful Women (Grove Atlantic 2016), which was named a New York Times Editors' Choice, and was a finalist for the New England Book Award and the Story Prize. She earned her MFA from the Iowa Writers' Workshop, where she was awarded the 2013 Henfield Prize and the Richard E. Guthrie Scholarship. Her fiction has appeared in Vice, A Public Space, and Guernica, among others. She has received the Lotos Foundation Prize, as well as fellowships and residencies from MacDowell, Yaddo, Aspen Words, the James Merrill House, and the Lighthouse Works. Goodnight, Beautiful Women is a Barnes and Noble Discover Great New Writers selection, an Amazon Best Book of the Month (Literature and Fiction), and an Indie Next Great Reads pick. Noyes was raised in Downeast Maine, and now lives in New York, on Fishers Island.


Read an interview with Anna for Electric Literature here.